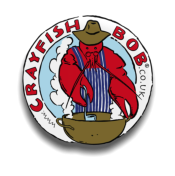 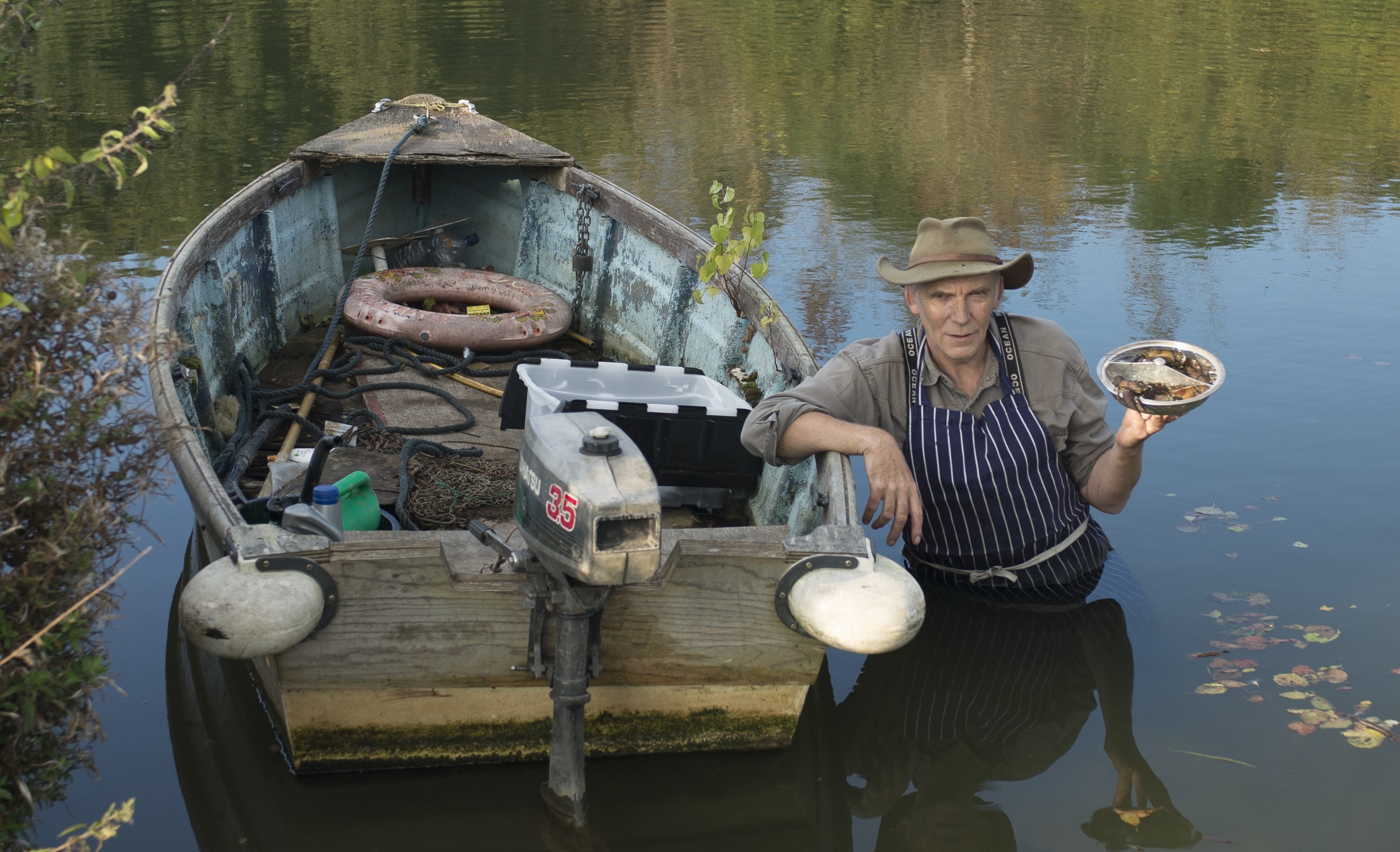 Crayfish Bob in the news

For any press enquiries visit the contact page to get in touch, or to see some of Bob's previous appearances in the news take a look below: 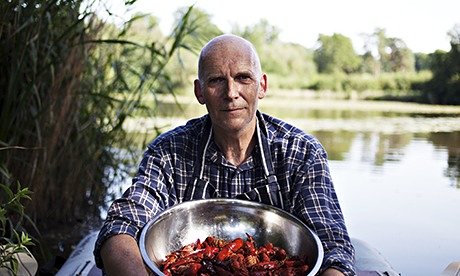 Article in the Guardian: Appalled at the damage American Signal crayfish were doing to British waterways on a trip up the Thames, Bob Ring suddenly hit upon an ingenious solution...

See the full article at The Guardian online

How do you get rid of invasive crayfish? Eat them, of course 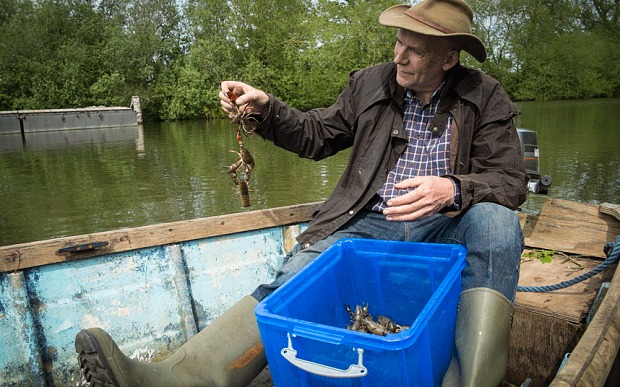 Bob in the Telegraph: Meet Crayfish Bob - the man trying to single-handedly scoff his way out of the American Signal crayfish infestation

Visit the Telegraph online for the full article

11 things everyone should do in London this summer 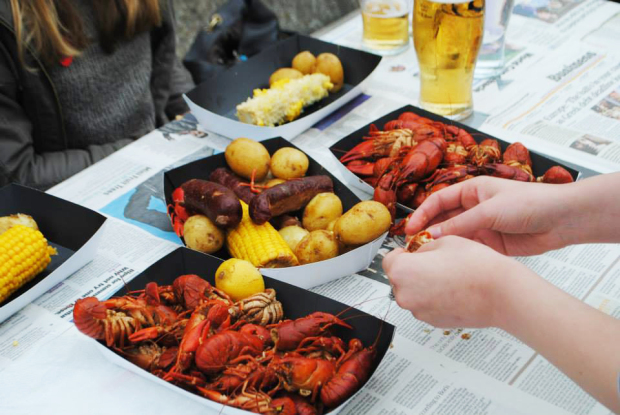 Visit the Metro online for more 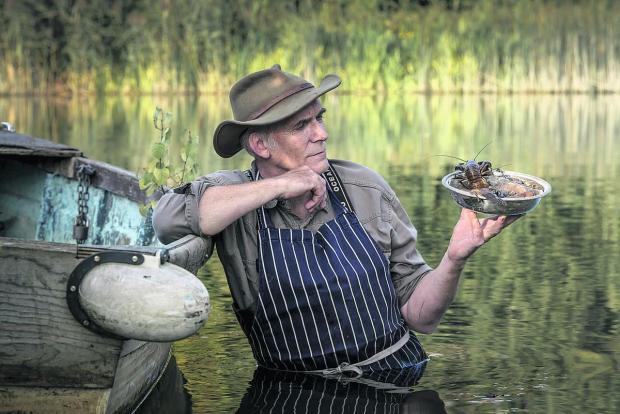 Bob in Jil Orpen's Thames' characters in the Oxford Times

Visit the Oxford Times for the full article 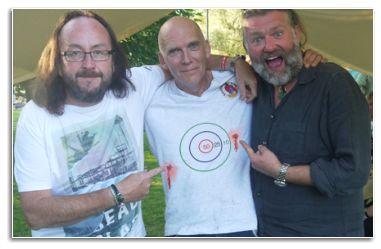 The Bikers take a culinary journey through time as they celebrate the history of British food.Today they make the most of Britain's outstanding shellfish, cooking up a hearty beef and oyster pie and an exquisite crab and scallop mornay. They help throw a crayfish party on the banks of the Thames and also explore the history of a British classic now almost forgotten: the winkle. 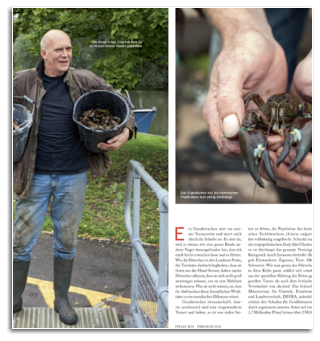 Here’s a recent tearsheet for the German Magazine, Effilee of an article that I wrote and photographed about a particular response to non-native invasive (alien) species – Muntjac Deer, Grey Squirrel and American Crayfish… the German headline has it best – something like, “Who is a stranger here is eaten”. Less sensationally, the piece explores the environmental fallout of introduced species and a discussion about both ‘speciesism’ and, the realization that we now live in an age that may come to be known as the Anthrocene.

Tales of the unexpected 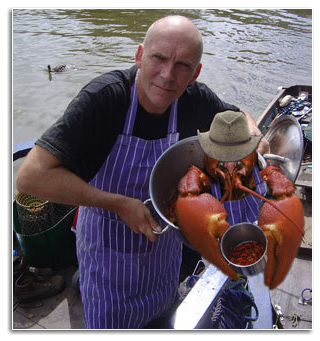 One of the London food scene’s most interesting characters, Bob Ring, aka CRAYFISH BOB, is a one man shellfish whirlwind, dedicated to ridding the Thames of invasive American Signal crayfish. His aim is to undo the environmental mess made by a decision in the 1970s to introduce American Signal crayfish to the UK, to be farmed (primarily for export to Scandinavia). The bottom fell out of the market, Bob explains, the stocks were abandoned and crayfish escaped into waterways, and all but wiped out our native species, damaging other aquatic life in the process. Bob sells young crayfish ‘smalls’ before they can wreak too much havoc. 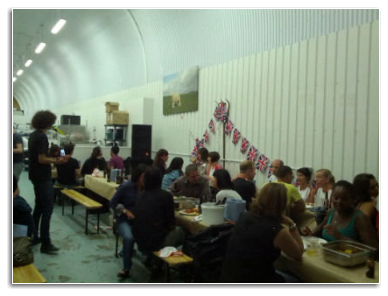 Love Crayfish? Join the club! Despite this little water critter being eaten in hue amounts in many parts of the world like in China and the US, crayfish is seen as quite foreign to British plates.

Life Lessons: Today we talk to Bob Ring, who is better known as Crayfish Bob

I’ve always been one to challenge poor service, whether commercial or governmental. There’s a lot of it about: from the rip-off mobile phone operators to the incompetent public-sector. I could see that poor service had led to a problem with invasive crayfish and I could see that the situation was not improving. I got involved. You can get more information at the website crayaway.com

Visit oxfordmail.co.uk for the full article 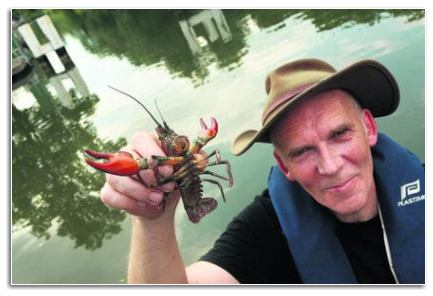 CRAYFISH BOB Ring is on a mission – to protect Oxfordshire’s ‘infested’ waterways and wildlife from an American waterborne assassin.The 57-year-old soon-to-be grandfather from Abingdon, is waging a war against the American Signal Crayfish (ASC) and can regularly be seen out on the Thames, pulling up traps teaming with the clawed critters.But Crayfish Bob doesn’t want us to just get rid of the renegade crayfish – he wants us to eat them.

Visit heraldseries.co.uk for the full article 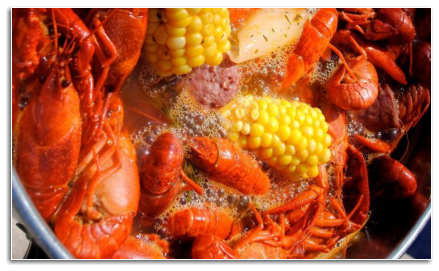 In the spirit of all things Americana, Beas of Bloomsbury will be hosting a Louisiana-style Crawfish Boil Thursday June 14th."

Visit londonpopups.com for the full article

Why we should eat more crayfish 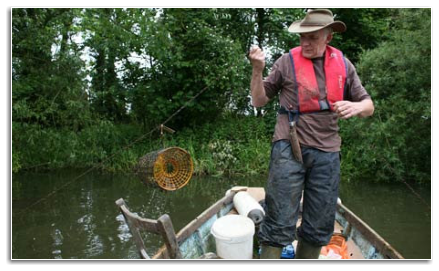 In an effort to raise awareness, and appetite, for the invaders, Bob has teamed up with American chef Bea Vo for a series of traditional US-style "crawfish boils" in London this summer, serving crayfish with corn, sausage and potatoes. As conservation projects go, it is an easy sell – fresh crayfish is sweeter than lobster, but a fraction of the price. Which explains whythey are over-trapped in the US, used for beignets (deep-fried pastries), in Lousiana's crawfish étouffée stew, and other treats stuffed with the delicate and sweet crayfish tail meat.

Visit The Guardian online for the full article

A crayfish a day keeps the invader at bay 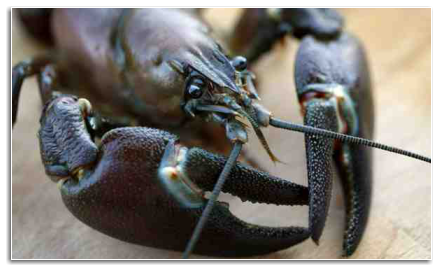 "Does it feel good to be eating our enemy?" asks the stranger sitting next to me. An unusual question for the dinner table perhaps, but then again, tonight is an unusual night. As commuters rush past on their way home from the City, I'm sitting down for dinner in a pretty little courtyard in the middle of Aldgate, in London's bustling East End. With fairy lights in the trees, a checked tablecloth spread over a trestle table laid for 20 or so guests, and the sun cracking its way through the clouds, there are certainly worse ways to end a long day. One glance at the menu in front of me, and things are looking even better.

Visit newscientist.com for the full article 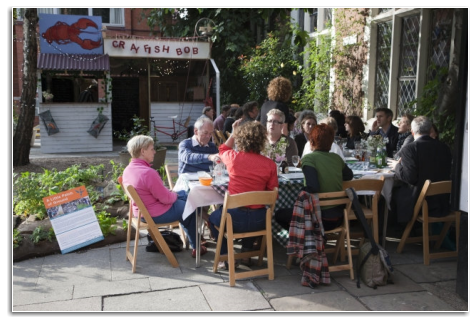 CRAYFISH BOB’s is a pop-up café serving American Signal Crayfish from the River Thames. This locally sourced delicacy is caught by CRAYFISH BOB himself and served from our al fresco crayfish shack in the grounds of Toynbee Studios. Book a table, enjoy an extraordinary dining experience and help eradicate this invasive species which has already almost wiped out the UK’s native white-clawed crayfish, as well as destroying other aquatic life.

On the Thames with Crayfish Bob 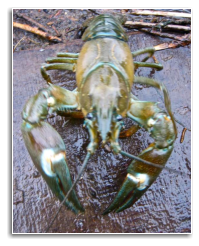 In early Summer, I always get the longing to go up river where the banks are lined with willows and yellow flags, and elder-flowers hang down at the water’s edge. So I was delighted to accept CRAYFISH BOB’s invitation to spend an afternoon with him on the Thames, all the way upstream at Abingdon Lock, where he was emptying his traps in preparation for the event at Toynbee Hall in Commercial St next week where you can eat his Crayfish for dinner for five pounds...

View the full article at spitalfieldslife.com